National Instructional Media Institute (NIMI) was set up in the name of CentralInstructional Media Institute (CIMI) in Chennai in December 1986 by the Government of India as a Subordinate Office under Directorate General of Employment and Training (DGE&T) with the assistance from Government of Germany through GTZ (German Agency for Technical Co-operation) as the executing agency.

After the approval of the Cabinet for the Grant of Autonomous status to CIMI, the Institute was registered as a society on 1st April 1999 under the Tamil Nadu Societies Registration Act 1975. Since then, it is functioning as an Autonomous Institute under the Govt. of India, Ministry of Skill Development & Entrepreneurship (MSDE), Directorate General of Training (DGT), New Delhi.

As per the recommendation of the Governing Council in its 5th Meeting held on 29.06.2003 under the Chairmanship of the Hon’ble Union Labour Minister, the institute was renamed as National Instructional Media Institute (NIMI) to reflect its National Character. 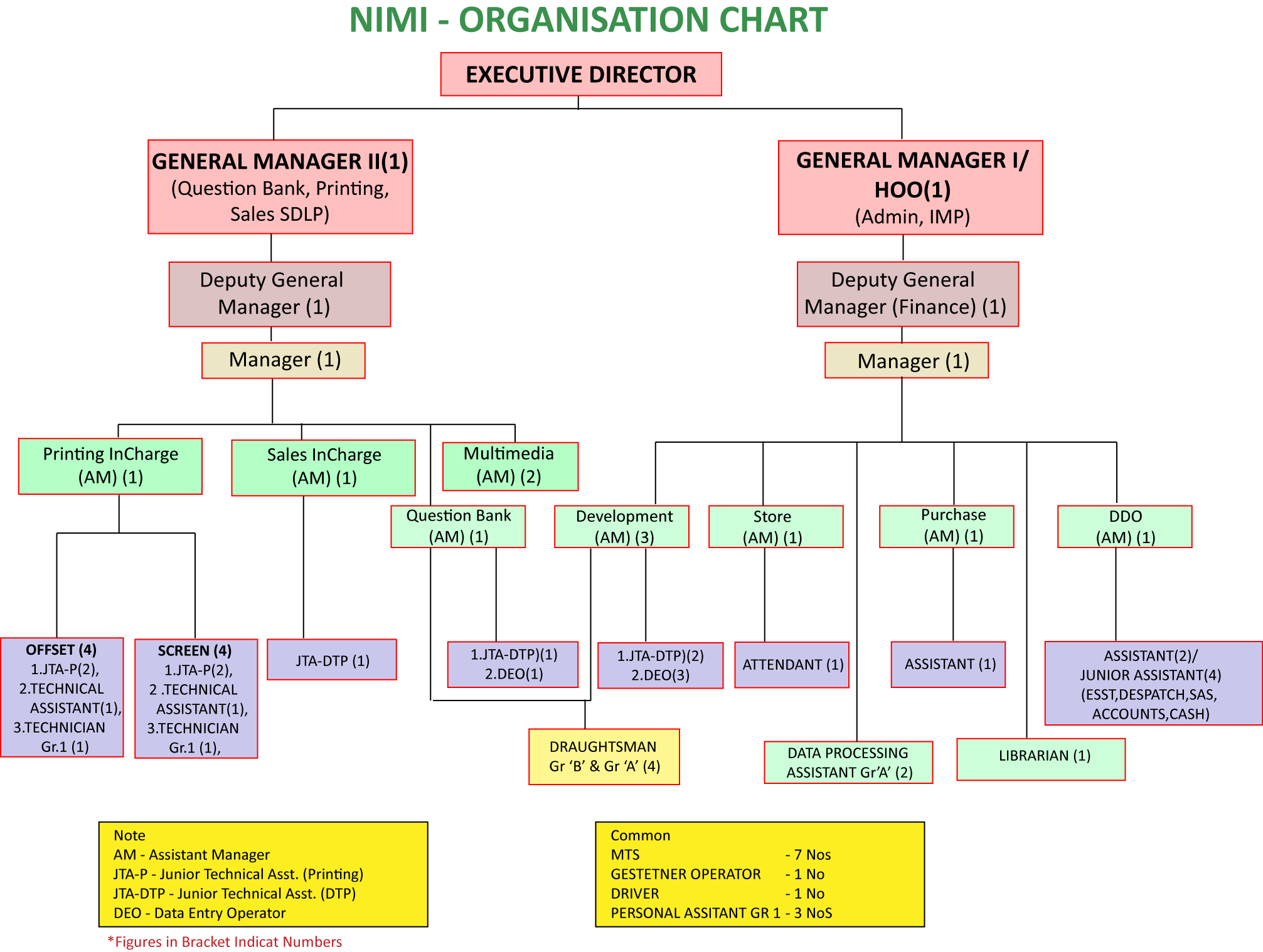 From the Executive Director's Desk

National Instructional Media Institute has etched an indelible mark as a nodal agency in designing books and instructional media packages for the skills sector. NIMI aspires to propel the nation toward imparting a structured standard of qualitative training to the skilled workforce in both the Government and private Industrial Training Institutes in the various trades keeping abreast of the growing needs and demands in the skills sector both at the national and international levels.

NIMI is a registered service-oriented society with state-of-the-art infrastructure, well-qualified staff with potential and competencies to design, develop, produce, print, and disseminate instructional materials for ITIs in the country. NIMI has been engaged in the following activities: training in developing content for instructional media, developing instructional materials for ITIs, translation of Instructional Media Packages into Hindi and other regional languages, development of question bank, designing and developing e-content, development of other supporting materials, expanding training facility through Space based Distance Learning Programme (SDLP).

It is noteworthy that NIMI is a one-stop destination for instructional materials for the different trades in the skills sector.